COLUMBIANA – A 39-year-old Birmingham man is being held in the Shelby County Jail on bonds totaling $531,000 after he allegedly required a woman to prostitute herself in exchange for “drugs, money and shelter.” 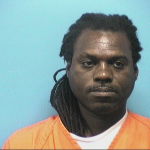 The Shelby County Drug Enforcement Task Force arrested Kelandus Tarvares Consenta, who lists an address in the 800 block of 12th Avenue South in Birmingham, on Aug. 17 and charged him with felony counts of second-degree human trafficking and trafficking heroin and one misdemeanor count of possession of drug paraphernalia.

Consenta’s trafficking heroin charge came when he allegedly had 5.1 grams of the drug while at the intersection of Cahaba Park Circle and U.S. 280 on Aug. 17.

When he was arrested, he allegedly had syringes used to inject “a controlled substance,” according to his arrest warrant.

As of Aug. 19, Consenta did not have a preliminary hearing court date listed in Shelby County District Court records.