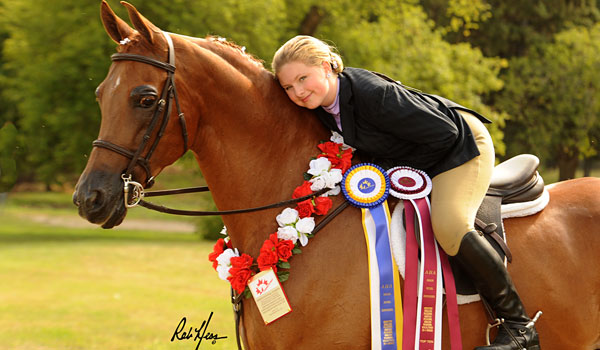 Powers, who shows horses, goats and cows, qualified for the show by winning a Reserve championship at an Arabian Regional show in Lexington, Va.

Alison Powers, Olivia Powers’ mother and a teacher at Calera Elementary school, said the family decided to attend the competition as it was Olivia Powers’ last year to compete as a walk trot rider.

“She went out and did a good job,” Alison Powers said. “She just had a beautiful ride.” Olivia Powers showed in three different classes while attending the Arabian Canadian Nationals. She won a Reserve National Championship in walk-trot all seats 10 and under, a top ten in showmanship 13 and under and a top 10 in walk-trot equitation 10 and under.

The horse Olivia Powers showed during the competition, GWF Valentino, was born and raised on the family’s farm.

“She has shown the same horse for the last three years,” Alison Powers said. “She was even there when he was born.”