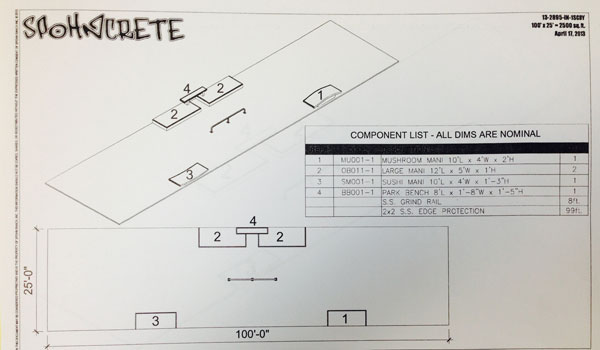 VINCENT—A handful of citizens gathered at Vincent City Hall on Aug. 19 to discuss support and concerns over a proposed skate park in Vincent City Park.

The city is applying for a grant to fund the project through the Land and Water Conservation Fund Program. The LWCF program provides up to 50 percent of project costs.

Mayor Ray McAllister estimates the skate park project will cost approximately $50,000, with $25,000 coming from the grant.

Initial drawings of the skate park include a grind rail, several ramps and a park bench.

“The state just wants to know from citizens if they’re in support of the project,” Kessler said.

Most of the citizens present spoke out in support of the project, though some expressed concerns.

“I don’t have any issues with this. I used to be a skater myself,” Noble Naugle said.

Mary Lee Reynolds, who has 13 grandchildren and three great-grandchildren, said she would love to see a skate park added to Vincent City Park.

“I would be in favor of it,” Reynolds said. “It would be great for my grandchildren and me, I like to skate myself.”

The council originally approved the motion to apply for the grant during a July meeting, and the public hearing would likely aid the process, McAllister said.

“Being that we didn’t have a lot of opposition, I’d say (the public hearing) will affect the process positively,” McAllister said, and estimated the town would know by the end of the year if the proposed project is approved.

The skate park is just one of many projects the council is looking to add to the park, along with a community center, tennis courts and a splash pad.

“We’re just hitting them one at a time as funds become available,” McAllister said.