VINCENT — It’s safe to say the season didn’t get off to the start the Vincent High football squad hoped, as the Yellow Jackets fell to a strong rushing attack from the West Blocton Tigers, 42-15.

The Jackets won the opening toss, electing to defer, and the Tigers used the opening possession to put together a eight-play drive. The Tigers capped off the drive when Richard Vick broke an 8-yard run for a touchdown. Jaylon Gaines tacked on the extra point to put the Tigers up, 7-0, with 7:12 left in the first.

The Jackets answered on the ensuing drive, using two strikes from JaCorey Roper to Jace Green to stretch out a seven-play drive that ended with a Zackery Martin field goal to bring the score to 7-3 with 3:09 left in the first.

The Tigers responded on the following drive by going back to their grinding running style, wearing down the Jacket defense and putting the ball in the endzone on another Vick run, this time from nine yards out. Gaines’ extra point was good, and the Tigers held a 14-3 lead with 10:35 left in the second quarter. 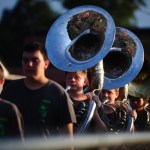 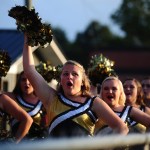 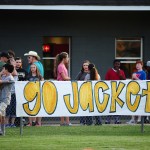 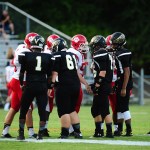 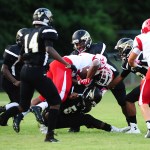 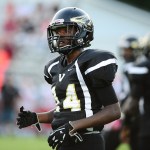 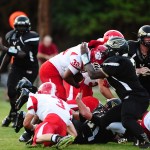 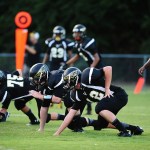 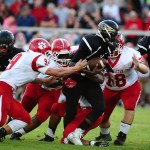 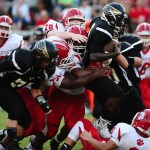 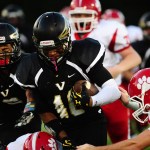 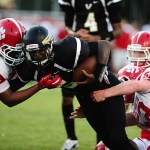 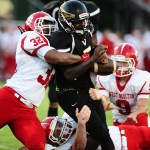 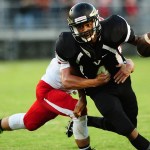 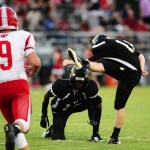 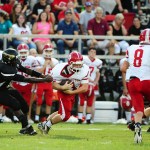 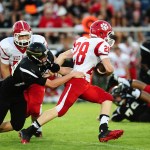 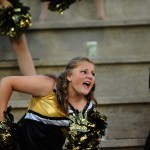 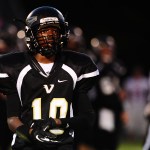 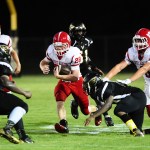 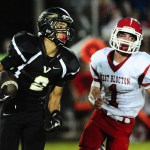 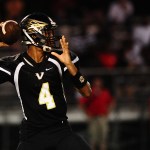 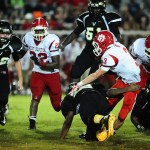 Not to be outdone, the Jackets responded on the ensuing drive, when Roper connected with Green again, this time for a 71-yard touchdown pass. The extra point was no good, and with 9:34 remaining in the half, the Tigers held a 14-9 lead.

Unfortunately for Vincent, the Tigers went on a tear. West Blocton returned the ensuing kickoff for a touchdown, missing the extra point. With 9:21 remaining, the Tigers opened up a 20-9 lead. The squad tacked on two more unanswered scores to make it 35-9 at the half.

The second half proved to be more of the same, as the Tigers continued to pound the ball through its triple option offense. West Blocton added another score midway through the third to make it 42-9, following the extra point.

Vincent rallied for a score late, as Ar’Shon Willis took a five-yard scamper in for a score. Martin nailed the extra point, bringing the Jackets to 42-15 with 5:30 left in the game.
It was all either team could muster, and the Tigers took the win.

“My hat’s off to West Blocton,” Vincent head coach Jason Hill said. “They were more than prepared. We knew it was going to be a tough game. On a positive note, I do feel our kids continued to fight.”

Stats were unavailable at press time. The Jackets now set their sights on a road game at Corner Aug. 29.