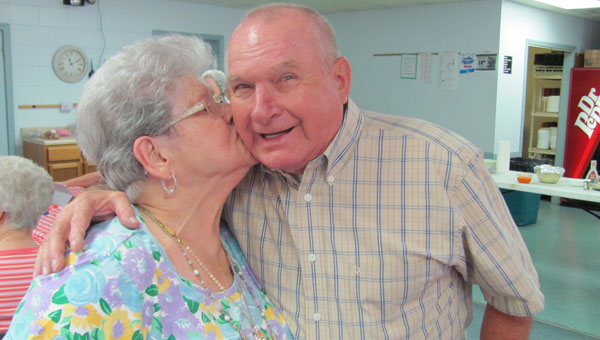 Saturday, Aug. 16 was the date of the annual Siluria Mill Reunion. Former employees got together at “Elliottsville” Presbyterian Church. Several arrived carefully escorted by friends, children or grandchildren due to their advanced age.

Mrs. Mildred Baldwin, Mrs. Michelene Davis, Dick Posey and Lucille Lyons (all in their 90s), several folks in their 80s and lots of “younger” folks laughed, hugged and remembered the past of mill life. No one was complaining of hard conditions or crowded housing, rather most were happy to have been a part of a village of hard working, employed people.

Even through the depression, an agency in New York City handled sales of cloth produced at the mill. The mill was never forced to shut down during the Depression like many other similar plants. How grateful those employees must have been.

Although “the mill” has been known by several names since it was built in the late 1890s it still remains a way of life known by many folks of this area – almost like a “badge of honor.”

Folks at the reunion were eager to share stories, memories and tales of events of the mill village. Bullies, swimming holes, the building of the Y, dirt streets, hot and cold housing (from one room to as many as three bedrooms), kids boxing matches, the old depot, hotels, doctors offices, general or company store, movie theatre and the company whistle were all remembered. Beautiful prizes were donated by Faye LaCagnina and a pot luck lunch was shared.

Several hundred folks worked in a three-shift operation for many years. Winders, wheelers, spoolers, spinners and folks in the carding and cloth rooms just to name a few jobs. It took many hands to make raw bales of cotton into finished materials.

Local resident Lloyd Davenport recalled when World War II was over, the mill whistle just kept on blowing and blowing: Victory at last. Siluria Mills closed its doors in the late ‘70s, but left a legacy that will not be forgotten. Even now if you go near the site (where Alabaster City Hall and the Senior Citzens Center are located) you can stand near the old water tower or by Buck Creek and imagine what all has happened there.