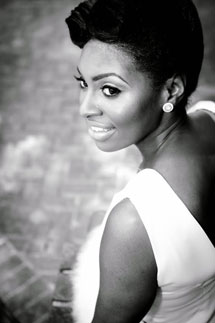 Synquettia Jones and Alvin Coates, both of Birmingham, will be united in marriage on Aug. 30, 2014.

Parents of the bride are La’Nettia Johnson and Sidney Jones. She is the granddaughter of Thelma Speights, W. T. Johnson and Rebecca Davis. The bride is a 2002 graduate of Wenonah High School. She graduated with a major in criminal justice from the University of Alabama at Birmingham.

Parents of the groom are Amanda Hicks and Alvin Coates Sr. He is the grandson of Wilma Jean and David Hicks Sr. and Doris and John Coates. He is a 2002 graduate of Ensley High School and attended Miles College. He is currently employed at Coca-Cola Bottling Company.