Sexual abuse of teen suspect appearing in court in September

COLUMBIANA – A 49-year-old Alabaster man who has been charged with allegedly sexually abusing a teen victim is scheduled to appear in Shelby County District Court in early September, according to court documents. 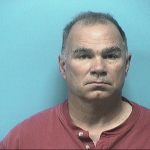 James Harrison Moore II, who lists an address in the 200 block of Wilderness Lane in Alabaster, is scheduled to appear before District Court Judge Dan Reeves at 8:30 a.m. on Sept. 10 at the Shelby County Courthouse in Columbiana. Moore likely will have an attorney appointed to represent him during the September hearing, according to court documents.