PELHAM – A 26-year-old Alabaster man and a 21-year-old Mount Olive woman are facing felony child endangerment charges after they allegedly placed heroin residue and syringes near an infant child in their vehicle. 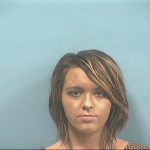 The Pelham Police Department arrested Andrea Hope Reed and Gregory Paul Johnson on Aug. 27 and charged them with felony counts of chemical endangerment of a child and misdemeanor charges of possession of drug paraphernalia. 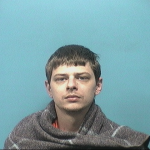 The arrests came after a Pelham officer pulled over the suspects’ vehicle near the intersection of State Park Road and Amphitheater Road at about 10:30 p.m. on Aug. 27.

“The suspects were acting real suspicious, so the officer investigated the vehicle a little further,” Pelham Deputy Police Chief Larry Palmer said. “One thing led to another, and the officer discovered drug paraphernalia near a child in the vehicle.”

As of Aug. 29, the two suspects were being held in the Shelby County Jail on bonds totaling $16,000 apiece.

Chemical endangerment of a child is a Class C felony. If convicted, the suspects could each face up to 10 years in prison.

Pelham man sentenced for unlawful application of pesticides in…