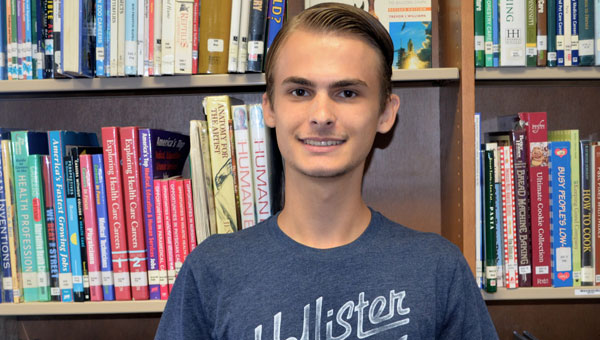 For the nationwide contest, Sherman employed the use of Intel’s Creative Interactive Gesture Camera to create an application in which students with disabilities can interact with academic material through movement.

The camera will read a student’s mix of sign language and common hand gestures to work a problem or take a quiz. The program will also record attempts versus success to inform a student of his or her overall success with a particular skill.

Sherman, who has been programming for five years, created the app after being challenged by MHS math teacher Dawn Cabrera.

“Mrs. Cabrera assigned our class a project,” Sherman said.  “We were to make something that would help us study better.  I took that project idea and ran with it.”
Though copyrighted, Sherman plans to release the app as open source, so others can edit and modify it to best meet their needs.
“Wezley is a great example of the 21st century student,” Cabrera said. “He takes what he learns and finds a way to apply it to everyday life, and of course, technology has become so ingrained in our everyday life, that it makes sense for students to look for ways to make technology more useful.  Wezley doesn’t just think about himself, though, he thinks about how others can use what he creates.”
Indeed, Sherman’s motivation is to help others.
“Regardless of how it may sound,” Sherman said, “I do want to help people—to create something that changes the way people work with technology.  Through my company, Mostwanted Game Development, I create games for Android, IOS and Windows phones, but the goal for me, is to have those gaming apps provide the support to create a technology that will change how people go about their everyday lives.”
Next on Sherman’s list is college, and he’s looking at Georgia Tech, and as he plans to continue his work in technology, he’s pondering his limitless possibilities: Game development, software development, or creating his own start-up.