HOOVER – A 23-year-old Hoover woman is facing a soliciting prostitution charge after she allegedly offered sexual acts to an undercover law enforcement officer in exchange for money. 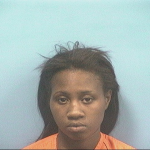 The Shelby County Drug Enforcement Task Force arrested Erica Kimara Edwards, who lists an address in the 2200 block of Little Valley Road in Hoover, on Sept. 10 and charged her with one misdemeanor count of soliciting prostitution.

According to her arrest warrant, Edwards allegedly offered an undercover law enforcement officer “sexual intercourse/sex act for $300” on Sept. 10.

Soliciting prostitution is a Class A misdemeanor. If convicted of the crime, Edwards could face up to a year in the Shelby County Jail.

CCS students and community support one of their own