One injured in Columbiana wreck 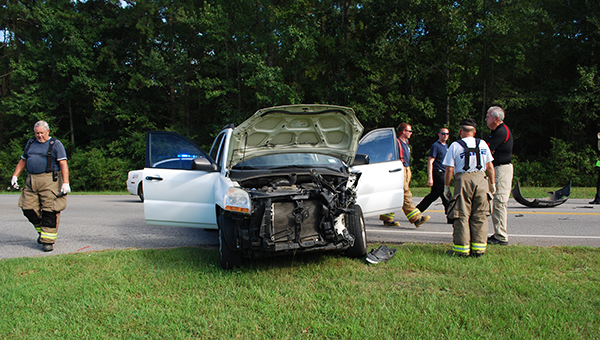 The front end of the Kia Sportage was severly damaged after pulling out into oncoming traffic.

COLUMBIANA – A two-vehicle accident occurred on Alabama 25 in front of Fred’s Pharmacy on the afternoon of Sept. 16 leaving one person injured.
The accident occurred around 4:10 p.m. when the driver of a white Kia Sportage pulled out of the Fred’s parking lot into oncoming traffic, where they then struck a gray Toyota Corolla, according to Columbiana police officers on the scene.
The driver of the Kia Sportage was then transported by ambulance to Shelby Baptist Hospital to receive medical attention for non life-threatening injuries.
The accident is being investigated by the Columbiana Police Department.

Kenna Parramore, pictured with her family, was diagnosed with acute myeloid leukemia on June 19. (Contributed) By MOLLY DAVIDSON /... read more