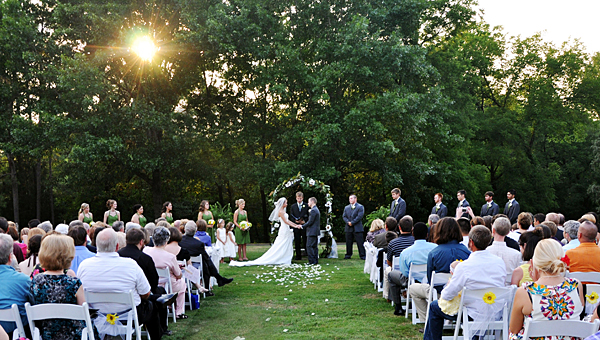 Shelby County recently was named the most affordable wedding destination in Alabama by the Nerdwallet.com consumer advocacy website. (File)

Shelby County residents looking to tie the knot are at an advantage financially when compared with the rest of the state, according to a study recently released by a national consumer advocacy website.

Nerdwallet.com recently released a nationwide study outlining “The true cost of a wedding: Where to save, where to splurge.” The study detailed the least and most expensive counties in the United States in which to hold a wedding, and also listed the most affordable counties for weddings in each state.

“We’ve analyzed wedding costs and income across the country to find how much of your paycheck will go to the big day. Hint: It’s a lot,” read the study. “With nearly 2.2 million unions last year, the wedding industry in the U.S. has a market value of $54.3 billion, making the event momentous and expensive. When looking at all-inclusive wedding costs, the average for all the counties is $37,983.”

Through the study, Nerdwallet.com calculated the sum of average costs in several wedding-related categories, including attire and accessories, beauty and spa, entertainment, flowers and decorations, gifts and favors, invitations, jewelry, photography and video, planner/consultant and venue catering and rentals.

“The average total cost assumes a couple spends the average amount on all of these categories. However, couples don’t always spend on all categories,” read the study. “Median household income, used to calculate the true cost of a wedding (total wedding cost as a percentage of income), was obtained from the 2012 U.S. Census Bureau American Community Survey.”

According to the study, Shelby County residents have a median household income of $69,379, and the total cost of a wedding in the count is $42,386, meaning county residents spend an average of about 61 percent of their annual incomes on a wedding.

The most affordable U.S. counties for weddings – several of which are in Virginia – spend between 42 percent and 53 percent of their annual incomes on a wedding.

Registration for the Salvation Army’s Christmas Angel Tree program will be held at 1040 Commerce Boulevard in Pelham on Oct.... read more