Woman sentenced for selling meth from her home

COLUMBIANA – A 43-year-old Alabaster woman will spend the next year in prison after she pleaded guilty to selling methamphetamine from her home in April. Rhonda Lynn Willis, who lists an address in the 310 block of Wooten Road in Alabaster, pleaded guilty to one felony count of distribution of a controlled substance in August. 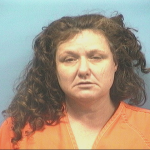 Circuit Court Judge Dan Reeves originally sentenced Willis to a total of 96 months in prison, but split the sentence to 12 months in prison followed by three years of supervised probation. She received 73 days of jail credit for time served in the Shelby County Jail prior to her guilty plea.

While incarcerated, she must complete a substance abuse treatment program, and will have her driver’s license suspended upon her release.

Willis was arrested by the Shelby County Drug Enforcement Task Force on July 8, and charged with the distribution of a controlled substance crime after she distributed meth from her residence, according to her arrest warrant.