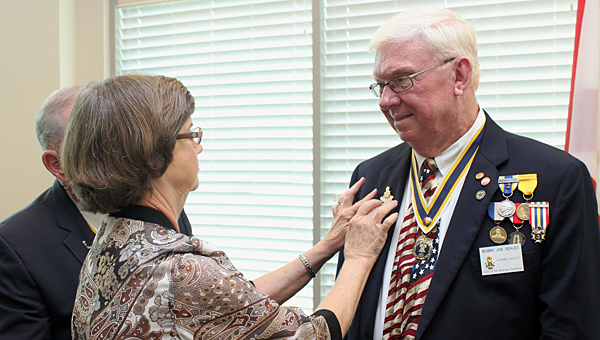 On Sunday, Sept. 21, 2014, Seales received at the monthly meeting of the Cahaba-Coosa Chapter SAR his 15-year membership certificate and pin. Congressman Spencer Bachus was the guest speaker and many were in attendance.

The Alabama Society Sons of the American Revolution will hold its Alabama State Convention and Celebrate its 125th anniversary on Feb. 20-21, 2015, at the Marriott, 3590 Grandview Parkway, Birmingham, Ala., 35243 at which time Seales anticipates being nominated Alabama Trustee for the National Society SAR and elected in July 2015 at the 125th Anniversary of the National Society SAR.

The Alabama Society Sons of the American Revolution was organized permanently on February 10, 1890, with the adoption of a constitution and bylaws in harmony with those of the SAR.