COLUMBIANA – A 40-year-old Alabaster woman has been indicted on charges claiming she allegedly took drugs while she was pregnant, and is scheduled to stand trial in Shelby County Circuit Court. 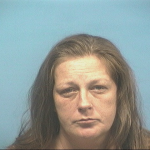 A Shelby County grand jury returned a one-count indictment against Rebecca Boothe, who lists an address in the 700 block of U.S. 31 South in Alabaster, in August.

The indictment claimed Boothe exposed her unborn child to “marijuana and/or methadone” while she was pregnant with the child in September 2013.

According to court documents, Boothe’s charges will go to trial on the Shelby County Courthouse’s next available trial docket.

According to Alabama law, chemical endangerment of a child is a Class C felony. If convicted of the crime, Boothe could face between one and 10 years in prison.

Third-graders salute the stars and stripes

Howard Prater, a member of the Cahaba Valley Elks Lodge, presents the 15-star flag during an Oct. 1 presentation at... read more