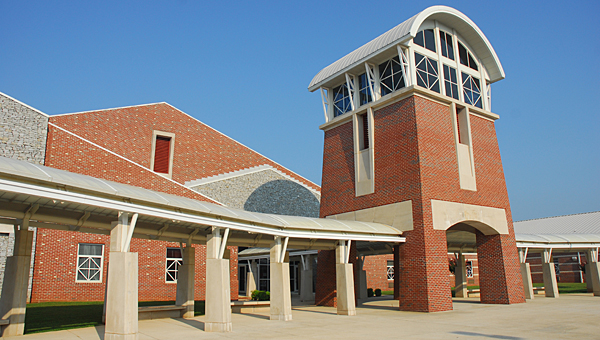 Alabaster’s Meadow View Elementary was named one of the safest schools in the state on Oct. 2. (File)

ALABASTER – Alabaster’s Meadow View Elementary School has been named one of the eight safest schools in Alabama by the state’s attorney general, according to information released on Oct. 2.

A panel of judges reviewed nominations from each of Alabama’s eight state school districts, and selected MVES as the winner for District 5, which covers much of central Alabama.

“The safety of our children at schools is a paramount concern, and we must work together to ensure that Alabama schools take the best possible protective measures,” Strange wrote in a press release. “Each year, we learn from the successes of those who are recognized for excellence. We commend these outstanding schools, and look forward to implementing these best practices to keep all Alabama schoolchildren safe from harm.”

In the spring of 2014, the MVES parent-teacher organization funded the purchase and installation of the Raptor security system, which tracks and monitors all visitors at the school.

Front office staff members then use a camera system to view the visitor before granting them access to the front office. Once the visitor arrives in the office, the visitor provides a photo ID card, which is then run through multiple databases to ensure the visitor is allowed on school property.

The web-based system also allows the school resource officer and MVES administrators to access the database and user information even if they aren’t at the school.

Once cleared by the databases, the system then prints out a personalized name tag displaying the visitor’s photo and areas of the school they are authorized to visit.

Alabaster School Superintendent Dr. Wayne Vickers said school security is a “vital concern” for the Alabaster School System, and said the system is planning to expand the Raptor system to other city schools.

“These are the types of awards that really mean something,” Vickers said. “When the attorney general says you’re one of the safest schools in the state, you take notice. We are so blessed in Alabaster to have quality safety programs in our schools.”