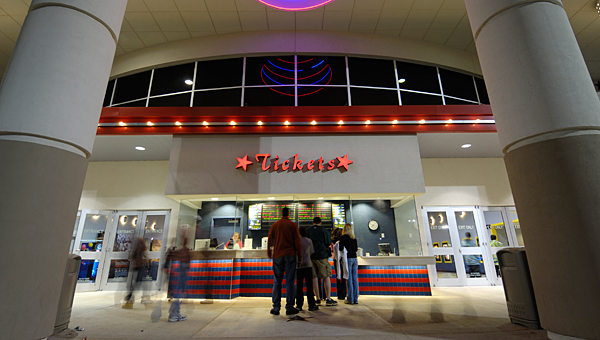 Alabaster’s Amstar theater will host a “retro cinemas” program over the next few months. (File)

ALABASTER – Retro movie buffs will have a chance to catch their favorite movies on the silver screen over the next few months through the Alabaster Amstar theater’s “retro cinema.”

The following movies will be shown throughout October:

“Dial M for Murder was originally made in 3D using the old technology with red and blue glasses,” theater manager Stephen Byrd wrote in an email. “Of course, we have the new technology where the glasses look like sunglasses. On a side note, we will not be charging our usual surcharge for 3D for this movie.”

During the Tuesday shows, tickets will be $7 per person. Regular pricing will be in effect for the Wednesday shows, which is $10.25 for adults, $7.75 for senior adults, $7.50 for children younger than 12 and $9 for students.

The theater will continue the program in November, and likely will include movies such as “Footloose,” “Young Frankenstein” and “Stripes.”

The theater is located at 820 Colonial Promenade Parkway in Alabaster.