A Hoover man has been located and charged in connection to three burglaries in the Greystone neighborhood, the Hoover Police Department confirmed on Oct. 3. 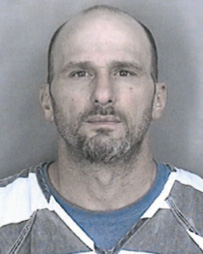 “He had been a suspect in our burglary (case),” Hoover Police Captain Gregg Rector said. “He actually pawned this stuff in his own name.”

According to a news release from the Hoover Police Department, Coleman allegedly broke into homes on Greystone Way, Legacy Drive and Woodward Court in July and September, allegedly stealing jewelry, baseball cards, fishing gear and a handgun.

Coleman is currently in the Douglas County, Ga., Jail, where he was placed on Sept. 30 after being arrested on drug charges.

“They arrested him over there on a drug charge,” Rector said, noting Georgia law enforcement officials encountered Coleman at a pawnshop and discovered he was allegedly in possession of drugs.

The Vestavia Hills Police Department also has a warrant for Coleman’s arrest on a charge of receiving stolen property, Rector said.

If Coleman makes bond in Douglasville County, Ga., he will be returned to either Jefferson County or Shelby County.

“Now that Vestavia has warrants, I don’t know who will get him next,” Rector said.