COLUMBIANA – An 18-year-old Birmingham man and a 19-year-old Montevallo man who have been charged with allegedly shooting a Montevallo woman are still being held in the Shelby County Jail awaiting action in Shelby County District Court.

18-year-old Birmingham resident Kevin Valladares Gutierrez was indicted on two felony counts of first-degree robbery and one felony count of first-degree assault in May, and currently is being held in the Shelby County Jail on bonds totaling $150,000.

Gutierrez’ charges stemmed from a Jan. 20 shooting in Montevallo and an Oct. 31, 2013 armed robbery in Alabaster. 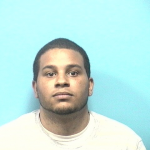 Searcy has been charged with three counts of first-degree robbery and one count of first-degree assault. One of Searcy’s robbery charges stemmed from an alleged armed robbery at the Columbiana Sanpeggio’s Pizza restaurant on Jan. 19.

As of Oct. 14, Searcy’s charges had been bound over to a grand jury, but the grand jury had not returned any indictments against him.

Laforty allegedly stole marijuana from an Alabaster man while Gutierrez was armed with a revolver. No injuries were reported in the Oct. 31, 2013 incident, according to court documents.

Laforty has been indicted on one felony count of first-degree robbery related to the Alabaster incident, and is scheduled to appear at the Shelby County Courthouse for a preliminary hearing on Jan. 6, 2015 at 8:30 a.m.

“The defendant has attempted through family and friends to raise the funds for bond, and has been unable to do so,” Cain wrote in a May 20 request to reduce Gutierrez’ bond.

Reeves denied Gutierrez’ bond reduction request in early July. Gutierrez is now scheduled to appear in the Shelby County Courthouse for a preliminary hearing on Dec. 1 at 8:30 a.m.