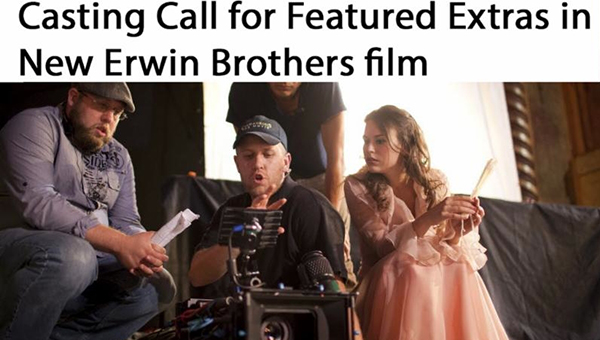 An open casting call is being held Saturday, Oct. 25 at the Pelham Civic Complex for the upcoming movie “Woodlawn.” (Contributed)

PELHAM–Have you ever wanted to be in a movie? Well, now’s your chance. The Erwin brothers, who recently produced the film “Mom’s Night Out,” are having an open casting call on Saturday, Oct. 25 at the Pelham Civic Complex for another upcoming movie.

Their upcoming film, “Woodlawn,” is based on the Woodlawn High School football team in 1973 and the rise of its first African American superstar, Tony Nathan. Their dedication to love and unity in a school filled with racism and hate leads to the largest high school football game ever played in the torn city of Birmingham, according to the movie’s plot.

Casting directors are looking for people to play a variety of background characters set in Birmingham during the mid ‘70s. This includes people to play extras in the film as well as for crowd scenes.

Josh Walsh, associate producer for the film, talked a little about the movie and the purpose for the casting call.

“We have been wanting to make this movie for about five to 10 years now, but things kept coming up and we couldn’t do it,” said Walsh. “We shot a teaser trailer two years ago and we’ve been working on it for about two to three years now.”

Walsh reiterated that people of all ages can show up at the complex anytime between 10 a.m. and 8 p.m. to audition. Former acting experience is not required, and the whole process should only take about 20 minutes.

According to the website, there will be a high need for African Americans to portray the subject matter of the film, which deals with the racial tensions of the ‘60s and ‘70s. It’s preferred for candidates to dress in attire with a ‘70s look to the audition, but if you can’t, come anyway, according to the casting call.

The only things required for the casting call will be to fill out some paperwork and have your picture taken.

Unicyclists take the trails at OMSP