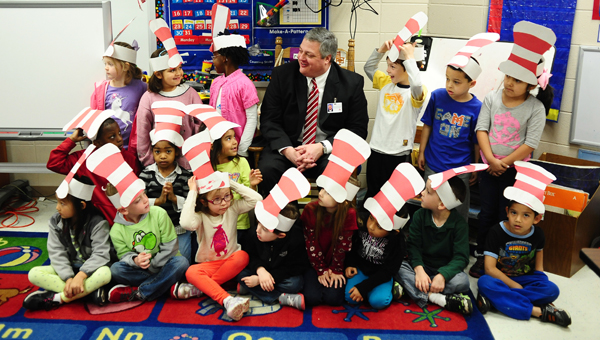 ALABASTER – Twenty seven Alabaster students will have a direct impact on the future of the city’s school system after Alabaster School Superintendent Dr. Wayne Vickers named the members of his student advisory council on Oct. 15.

Throughout September, the city’s schools collected applications from students interested in serving on Alabaster’s first superintendent’s advisory council. Vickers and school system staff members then looked over the applications and selected the 27 students to serve on the board, which will be recognized in November.

The Alabaster Board of Education will hold a reception beginning at 5:30 p.m. for the students before its Nov. 10 meeting at Alabaster City Hall. The students will then be recognized during the board meeting, which will begin at 6 p.m.

The students selected for the council will hold regular meetings with Vickers, and will “serve as advisors to (Vickers’) decision-making process,” according to information distributed to the students at each school.

Vickers, who came to Alabaster in 2013 from the Saraland School System, said he has formed student advisory councils in the past, and said it allowed him to keep the students’ thoughts in mind while planning the systems’ futures.