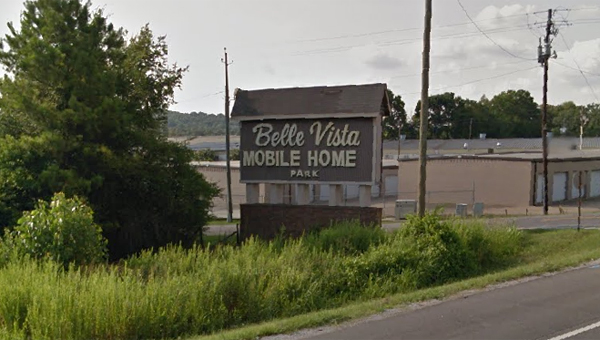 The Pelham City Council approved a resolution terminating all leases in Belle Vista Mobile Home Park by July 31, 2015, during an Oct. 20 meeting. (Contributed)

PELHAM—Numerous residents of the Belle Vista Mobile Home Park packed the Pelham City Council chambers as the City Council unanimously passed a resolution ending all leases in the mobile home park by July 31, 2015, during an Oct. 20 meeting.

Residents of Belle Vista Mobile Home Park expressed concern regarding the 10-month window they have been given to relocate.

“It seems like an impossible task for us to do it by ourselves,” Belle Vista resident Marco Huerta said, asking the city’s assistance in relocating the more than 550 people he said currently live in Belle Vista Mobile Home Park.

Many residents told the council they were unaware and were not told when they purchased their homes the land the mobile park was on was going to be vacated and no longer used for housing.

Residents also revealed that although by law the park was not supposed to accept any new mobile homes, as many as four new homes had been moved in recently.

“Some communication has failed in the city, and these people are being held accountable for it, and it’s not fair,” Pelham resident Heather McPhillips said.

The city purchased the mobile home park in 2011 with the intent of using the land to expand the city park system, a move consistent with the city’s 25-year comprehensive master plan passed in 2002, Pelham City Council President Rick Hayes explained during the meeting.

After it was purchased, the land was to be transitioned away from a mobile home park, but until very recently, no plans for how to proceed had been formed.

“(We are) trying to be as forward looking and trying to provide as much notice as possible,” Hayes said, noting the more than four year transition period has “stretched beyond what the intent was.”

The City Council expressed a desire to help and work with the Belle Vista Mobile Home Park residents to find new housing. Hayes noted the council is in the process of creating a grant project “to provide assistance and help in (relocation).”

“There’s going to be an effort to make this as easy a transition as possible,” Councilwoman Karyl Rice said.

“We’re working to make the best of the situation,” Councilman Maurice Mercer said, stressing the need for effective communication between residents and the city. “We want to work with you all.”

The Belle Vista Mobile Home Park also poses legal as well as safety issues to the city and residents. Many of the homes in the park do not meet city safety codes and two thirds of the mobile home park is located in the flood plane, Pelham Mayor Gary Waters said. Additionally, it is illegal for the city to operate a competitive business, such as a mobile home park, Hayes explained.

“When that land was bought and acquired by the city of Pelham, we were in violation of the law,” Rice said. “It’s pretty hard to enforce laws on people if we’re breaking them.”