Dr. Jim McClendon and Ron Crumpton are seeking the Alabama State Senate District 11 seat during the general election on Nov. 4.

The following is information about each District 11 candidate who is running in the Nov. 4 election: 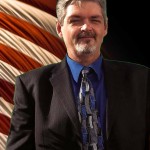 Personal Message: For too many years, our leaders have overlooked obvious avenues to create revenue because of the moral objections and financial interests of a limited number of Alabamians.

If we form a state lottery, pass a resort bill (casino gaming) and start taxing and regulating marijuana like alcohol we could change the face of education in Alabama and solve many of the revenue problems facing our state, while providing 35,000 new jobs for the people of Alabama.

The reason that Alabama is always last in everything… we refuse to move forward.

Family: Dr. McClendon is married to the former El Tate of Arab, AL. He has a daughter and one grandchild.

Education:
Dr. McClendon did his undergraduate work at Birmingham Southern College and earned his doctorate from the University of Houston.
Personal Message:
Although the Republican majority in the Alabama Legislature is only four years old, we have made significant progress in our efforts to reform state government.

I am committed to a conservative philosophy that defends the 2nd amendment, supports traditional marriage, protects the unborn, and believes Obamacare will hurt our healthcare system and kill Alabama jobs.

If you share my conservative principles, I’d ask you to consider me on June 3rd in the Republican Primary.