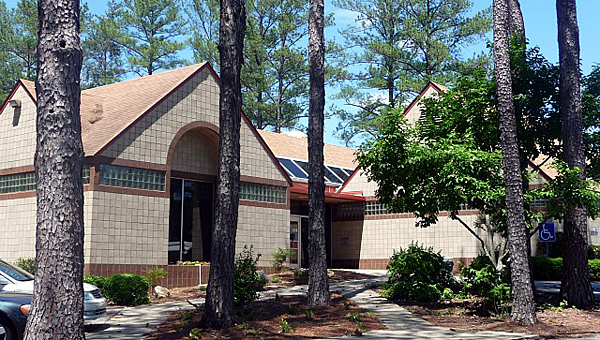 ALABASTER – Visitors to Alabaster’s Albert L. Scott Public Library soon will no longer have to worry about roof leaks during inclement weather, as the City Council agreed to fund repairs to the facility during an Oct. 27 meeting.

The council voted unanimously during the meeting to spend $11,755.80 to fund repairs to the area surrounding the facility’s skylight, which frequently leaks during heavy rainfalls. The skylight will remain in the same place it currently is after the repairs are made.

“This is the last known (leaking) problem. The last time storms ran through, it leaked,” Alabaster City Manager George Henry said during an Oct. 23 council work session. “This will fix and replace the skylight so we won’t have leaks.”

“If their previous work is any indication, this will fix the leaks,” Henry said, noting the repairs come with a 10-year warrant.

Leaks plagued the library building for years before the city authorized the $29,000 installation of new shingles and waterproofing on the building in November 2013. The areas repaired in 2013 no longer leak, council members said.

Aaron’s Staff is holding the Third Annual Gala fundraiser in at the Family Life Center of the First Baptist Church... read more