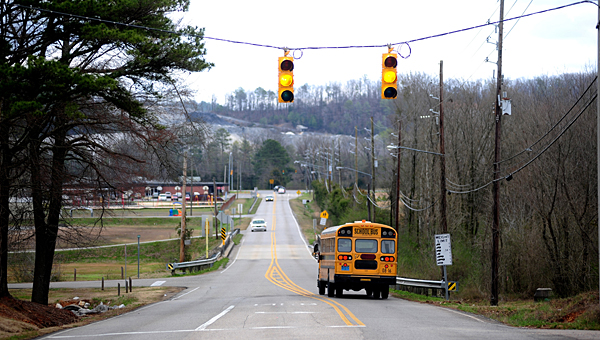 A project to upgrade Thompson Road from Alabama 119 to Warrior Drive likely will begin in spring 2015. (File)

ALABASTER – Crews likely will break ground next spring on a project to widen portions of Thomson Road and extend Alabaster’s Buck Creek Trail, according to city and county leaders.

“The county anticipates letting the contract next March, with dirt-moving construction under way by May 2015,” Alabaster City Manager George Henry wrote in an email.

If the project sticks to its tentative timeline, it likely will be completed by December 2015, according to Henry.

Through the project, Alabaster is working with the Shelby County Highway Department and the Alabama Department of Transportation to widen the road, replace a bridge over Buck Creek and realign the intersection of Thompson Road and Warrior Drive to allow drivers to travel straight from Warrior Drive into a parking lot at Warrior Park.

While the bridge is being replaced on Warrior Drive, traffic will be rerouted onto a temporary bridge over Buck Creek.

As part of the Thompson Road project, Alabaster leaders also are working with the county to extend the Buck Creek Trail from its current terminus near the Alabaster Parks and Recreation office to Thompson High School and the Alabaster YMCA.