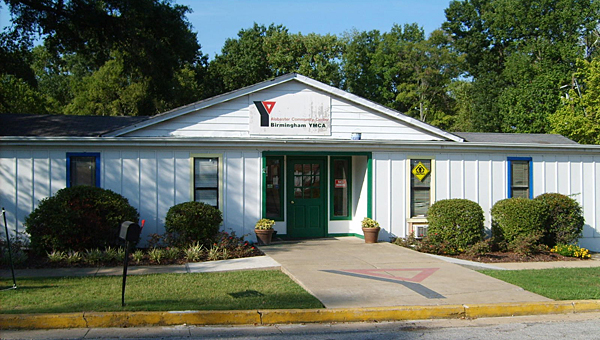 Alabaster is pursuing a grant to fund a new multipurpose facility on the grounds of the former Alabaster YMCA building. (File)

ALABASTER – Alabaster leaders are preparing to apply for a Community Foundation of Greater Birmingham grant to help build more room for the city’s youth sports leagues and senior adults.

The city is looking to build a multipurpose facility where the former YMCA building and pool currently stands next to the Alabaster Senior Center, Mayor Marty Handlon said after an Oct. 27 City Council meeting.

“We have wanted a teen rec center for a long time, and the seniors have talked about needing more room,” Handlon said during an interview after the meeting.

Handlon and City Council President Scott Brakefield said, if it is constructed, they envision the multipurpose facility containing a pair of basketball courts, a lobby, restrooms and room for bleachers along the side of the court.

Brakefield said participation in the city’s sports leagues, especially basketball, has grown significantly over the past several years, and said Alabaster is in need of dedicated city basketball space.

City league basketball teams currently practice and play games in several of the city’s schools and in the Shelby County Instructional Services Center on U.S. 31. However, as enrollment in the program has grown, it has placed a strain on the facilities, Brakefield said.

The Shelby County Board of Education raised its rental rates to Alabaster for the SCISC this year after the city formed its own school system in 2013.

“Basketball is going to continue to grow, and this is going to continue to be an issue,” Brakefield said, noting his son’s team begins practicing at in the Thompson High School gym at 8 p.m. on Monday nights. “There are so many teams and so little gym space that we have to double it up with practices. (The county school system) has been kind to work with us for many years to let us use the gym at the SCISC, but the rates have gone up.”

Handlon said the aged former YMCA building likely is deteriorated beyond repair, and said it likely will be demolished if the city moves forward with the multipurpose facility.

Turner Batson Engineering, which designed the Senior Center and the new Alabaster City Hall, is working on a rendering of the proposed multipurpose facility to submit with the grant application, and said the city likely will pay about $100,000 to match the grant if it is awarded.

“It’s certainly an opportunity. But it’s going to cost us some money,” Brakefield said.

The Alabaster City Council approved a lease extension through 2017 with the Alabaster Board of Education during an Oct. 27... read more