Deputies: Man claimed to be cop during traffic stop

MONTEVALLO – A 25-year-old Selma man has been released from the Shelby County Jail on bonds totaling $11,000 after he allegedly claimed to be a police officer during a traffic stop south of Montevallo. 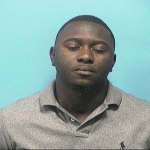 The Shelby County Sheriff’s Office arrested Jonathan O’Brian McGuire, who lists an address in the 200 block of Chris Circle in Selma, on Oct. 26 and charged him with one felony count of impersonating a peace officer and one misdemeanor charge of carrying a pistol without a permit.

McGuire’s arrest came after a sheriff’s deputy “observed the suspect driving at a high rate of speed” on Alabama 25 near Montevallo.

The deputy and a Montevallo police officer pulled McGuire over near the intersection of Alabama 25 and Shelby County 73 at about 10 p.m. McGuire then claimed he was a Prattville police officer, according to SCSO Sgt. Clay Hammac.

“He was asked for his (law enforcement) credentials, and he did not have them,” Hammac said during an Oct. 28 interview.

According to his arrest warrant, McGuire allegedly was armed with a Glock 9-millimeter pistol when he was pulled over, which led to the concealed weapons charge.

McGuire is scheduled to appear in the Shelby County Courthouse for a preliminary hearing on Dec. 17 at 8:30 a.m. Impersonation of a peace officer is a Class C felony, and is punishable by up to five years in prison upon conviction.