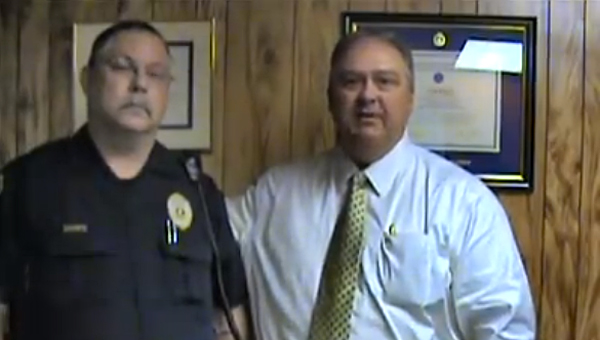 ALABASTER – Law enforcement officers in several local departments likely will be sporting a little more facial hair than normal over the next several weeks, as a few police departments have challenged each other to a good-hearted competition to raise money for charity.

In a video posted to the department’s Facebook page on Oct. 29, Alabaster Police Chief Curtis Rigney challenged the Pelham Police Department and the Shelby County Sheriff’s Office to raise money to benefit the Wings of Hope Pediatric Foundation while its officers pledge not to shave during November.

“The Alabaster Police Department has thrown out a challenge,” Pelham Police Officer Mike Williams said. “It’s going to be fun.”

During November, administrators at the three law enforcement agencies will allow their employees to grow beards during November in exchange for donating $50 to Wings of Hope Pediatric Foundation.

Williams stressed the facial hair is “just a vehicle” to raise money and awareness for the Wings of Hope Pediatric Foundation.

“This is a great organization that provides assistance to families with terminally ill children,” Rigney said in the video. “In the spirit of friendly competition, we’re calling out the Pelham Police Department and the Shelby County Sheriff’s Office.”

“There’s no way you guys can top that,” Rigney said to the other law enforcement agencies. “But this is a great cause, so we want you to donate and participate anyway. Everybody knows APD has the best mustaches in Shelby County.”

The video at one point features the song “Turn Down for What” by DJ Snake and Lil John as Rigney “throws down the gauntlet” in challenging the other law enforcement agencies.

A few minutes after the video was posted, the Pelham Police Department had already responded to Alabaster’s challenge.

At the end of November, the Pelham Police Department will hold a contest to determine the officer with the best facial hair.

Molly Davidson contributed to this story