The American Heart Association recently announced James Kirklin, Professor and Director of Cardiothoracic Surgery at the University of Alabama at Birmingham (UAB), will serve as the honoree of the 28th Annual Birmingham Heart Ball, according to an AHA press release

“I am honored to serve as the honoree of the Birmingham Heart Ball and look forward to helping the American Heart Association lead the fight to save lives from cardiovascular diseases and stroke,” Kirklin said. 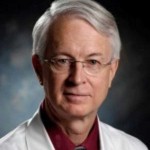 Kirklin, a Shelby County resident, is renowned internationally in the medical community and is consistently recognized in “Best Doctors in America.” His clinical interests include heart transplantation, pediatric and adult congenital heart defects and mechanical circulatory support. He follows in the footsteps of his father, John Kirklin, who served as Surgeon-in-Chief and Chairman of the Department of Surgery at UAB.

“Heart disease is Alabama’s number one killer and this year’s Birmingham Heart Ball promises to generate critical philanthropic support to drive the American Heart Association toward its 20/20 impact goal of improving the cardiovascular health of all Americans by 20 percent, while reducing deaths from cardiovascular diseases and stroke by 20 percent,” said Kirklin.

The annual black-tie gala remains one of the city’s most well-known and prestigious social events, with almost 1,000 local leaders in attendance. This past year the ball raised over $1 million dollars and placed in the top 10 in the nation for fundraising. The Heart Ball will take place March 7, 2015 at the Cahaba Grand Conference Center. Money raised at the event goes directly to the American Heart Association to fund life-saving research, education and awareness initiatives. These programs target heart disease and stroke – the nation’s number one and number four killers, respectively.

For more information on the Birmingham Heart Ball, please visit birminghamheartball.org or call the American Heart Association at (205) 510-1500.