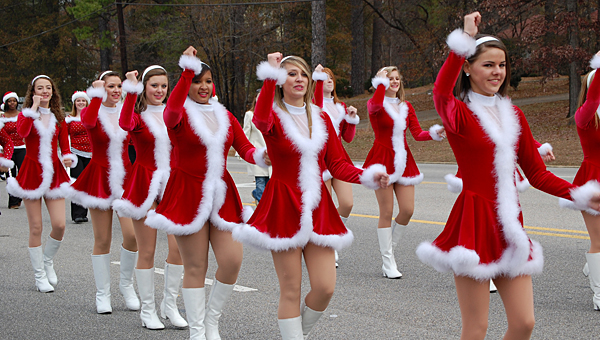 ALABASTER – Alabaster residents will have a chance to kick off the holiday season on Saturday, Dec. 6, as dozens of floats and groups will parade down U.S. 31.

The city’s annual Christmas parade will begin at 10 a.m. on Dec. 6, according to the Alabaster Parks and Recreation Department. This year’s parade will follow the same route as last year’s, and will begin at the Ernest McCarty Ford dealership on U.S. 31 before turning right onto Second Place Northwest, traveling down First Street Southwest and ending at the stop sign in front of Southbrook Village.

The theme of this year’s parade is “The Gift of Christmas,” and was chosen by students at the city’s elementary schools. During the parade, spectators are encouraged to line up along the southbound side of U.S. 31.

Alabaster currently is accepting forms from those interested in participating in the parade. Forms are available online through Nov. 14 at http://cityofalabaster.com/christmas-parade-registration-now-thru-nov-14/, and should be completed and mailed to Alabaster Christmas Parade, C/O Parks and Recreation, 100 Depot St., Alabaster, Ala., 35007.

The city will set up a judging station in front of the former City Hall building on U.S. 31, and floats will have a chance to conduct 1-minute performances for the judges when they stop in front of the building.