PELHAM—The Shelby County Sheriff’s Office arrested a Pelham man at the polls on Election Day on charges of voting violation and possession of a firearm at a demonstration. 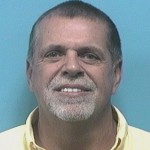 Robert Kennedy, 58, was arrested at the First Baptist Church of Pelham Annex voting precinct by the Shelby County Sheriff’s Office after he allegedly “appeared at (a) polling place with visible signs of no weapons allowed” with a firearm, according to court documents.

“I went in to vote, I had a firearm on my hip,” Kennedy said.

Section 13A-11-61-2(B) states: “A person, including a person with a permit… may not, without the express permission of a person or entity with authority over the premises, knowingly possess or carry a firearm inside any building or facility to which access of unauthorized persons and prohibited articles is limited during normal hours of operation by the continuous posting of guards and the use of other security features.”

“I can’t figure out what I did wrong,” Kennedy said, referencing remarks from Alabama District Attorney Luther Strange. “Luther Strange announced last week guns are allowed at polls, no matter what (the local Sheriff’s Office) says… I had the highest attorney in the state say what I did was legal.”

Kennedy also refuted the voting violation charge brought against him.

Kennedy is facing two misdemeanor charges and was released from the Shelby County Jail on Nov. 4 on $1,500 bond.