Pelham gears up for Christmas 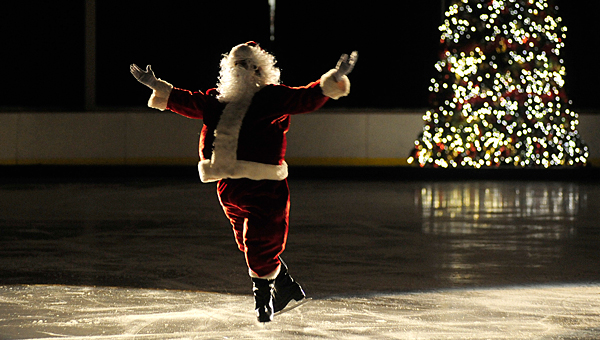 Pelham is gearing up for Christmastime and the city’s many holiday traditions. (File)

PELHAM—It’s almost Christmastime in Pelham and the city is preparing for its numerous holiday traditions, including the Christmas tree lighting, snowflake lights, Christmas decoration contest and Christmas Eve Santa visits.

Pelham will kick off the Christmas season with the annual Christmas tree lighting at the Pelham Civic Complex and Ice Arena on Dec. 1. Children will be able to take pictures with Santa in the banquet hall from 5:45 p.m. to 6:15 p.m. The Christmas tree lighting program will begin at 6:30 p.m. in the main arena, with performances from the eight and under hockey team, the Birmingham Figure Skating Club, the Pelham Skate School, Pelham City Schools students and Santa on skates. Attendants can enjoy free skate on the main ice rink and join Santa for hot chocolate and cookies following the program.

The snowflakes will once again light up Pelham streets, as approximately 260 snowflake lights will be put up around the city on Dec. 1 and 2, Pelham Executive Administrative Assistant Paula Holly said.

“Please have your lights on by 6 p.m.,” Holly said. “The Beautification Board will tour the entire city for the Christmas light judging.”

Residents can nominate candidates for the contest by submitting names to Holly by phone at 620-6403, or by email at pholly@pelhamonline.com.

On Christmas Eve, Pelham fire engines will bring Santa around the city for his traditional neighborhood visits. A schedule of where Santa will be on Dec. 24 is available online at Pelhamonline.com/wp-content/uploads/sites/20/2014/11/2014-Santa-Stops.pdf.