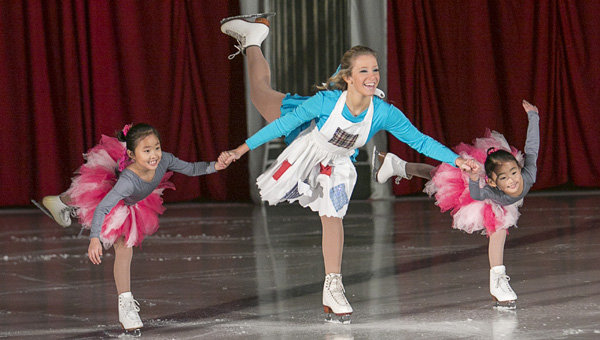 The show includes performances from more than 80 Pelham Skating School students to classic Christmas tunes such as “Let it Snow,” “Joy to the World” and “Jingle Bell Rock.”

“We’re trying to get everyone to have a little something special,” Henderson said.

The holiday ice show will also include appearances by Santa Clause and the Grinch, and a special guest performance from 2012 U.S. Junior silver medalist and 2016 Olympic hopeful Tim Dolensky.

Although he now trains in Atlanta, Dolensky began his skating career in Pelham skating at the Pelham Civic Complex and Ice Arena.

“I have fond memories of my first years skating and none of them would be complete without thinking of the Pelham rink,” Dolenski wrote in a news release. “I still remember my first basic skills classes and my first class… I am very honored and excited to return and participate in the holiday show at the (Pelham Civic Complex) and Ice Arena.”

Henderson said attendants can expect to see an exciting performance from Dolenski featuring challenging tricks such as “triple axels and quads.”

The performance is open to the entire community and Henderson encourages everyone to attend.

“I’m so excited,” Henderson said. “We want the whole world to come.”

By DREW GRANTHUM/Sports Editor I think the most thankless job in all of sports —next to being a referee— is... read more