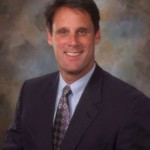 Bice said Craig’s experience in working through complex situations was a factor in his being recruited for the position.

“I’d like someone that understands finance, understands how to deal with difficult situations—sometimes controversial situations—but be politically correct and able to work through those with a broad group of constituencies, which you’ve seen him do over the last year,” Bice said of Craig. “He’s stayed the course, has stayed true to doing what’s right for children and has a great wealth of knowledge in administration and finance.”

A post on the Hoover City Schools website from Hoover City Board of Education President Donna Frazier on Tuesday suggested news of Craig’s pending departure was unexpected.

“The announcement that Andy Craig will resign as superintendent of Hoover City Schools comes as a surprise,” the post read. “For more than seven years, Mr. Craig has served as the chief executive officer of the board of Education. His leadership during those seven years has been exemplary. At no time has our school system had better facilities, better programs or better people servicing the students of Hoover.

“For all Mr. Craig has accomplished, we are sincerely grateful. The Board will meet in the near future to address the many issues resulting from this unexpected development.”

Langham will be the state’s assistant superintendent for governmental affairs and communications.