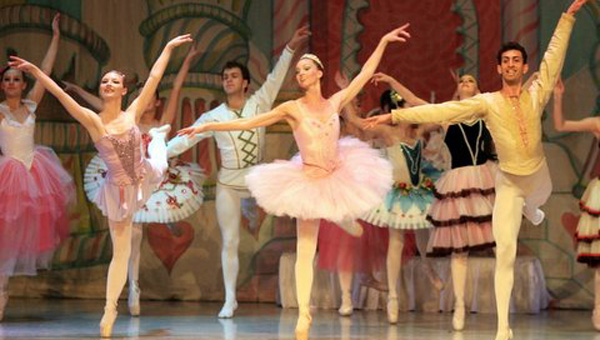 The Grebel Center for Dance will present the 10th anniversary production of Stevan Grebel’s The Nutcracker on Dec. 20 and 21. (Contributed)

PELHAM—This year’s performance of Stevan Grebel’s The Nutcracker marks the 10th anniversary of the ballet in Pelham. The annual production has become a Christmas tradition in the city.

“(The Nutcracker) is recognized as a tradition in Pelham and the area,” Grebel Center for Dance Director Debbie Grebel said.

This year’s production features local talent from the Alabama Youth Ballet Company as well as dancers from Birmingham, Huntsville and Trussville, Grebel explained.

“Each year it was a secret who was going to be Mother Ginger until he was appointed,” Grebel said. “It’s just a lot of fun and it brings the community together.”

The Nutcracker is a large-scale production, including 35 dancers and many more working on the set and organizing the show.

“We have about 50 people working on the production right now,” Grebel said. “A lot of work goes into it, a lot of hours.”

Auditions for the December production are typically held “between the first and the middle of September,” Grebel said.

“Every year we have auditions, and it’s open to the community,” Grebel said. “A lot of little children, boys and girls, come in. We have a lot of interaction with different parts of the community… The biggest challenge is the casting and fitting the people with the roles.”

After the cast is chosen, rehearsals begin. Dancers meet to practice every Saturday, and even some Sundays, leading up to the production’s opening night.

“I like the process, and I love it when the show comes together,” Grebel said.

The 10th anniversary performances of Stevan Grebel’s The Nutcracker will take place at the Pelham High School Theatre on Dec. 20 at 7 p.m. and Dec. 21 at 2:30 p.m. Tickets are between $10 and $15 for adults and $5 to $10 for children five and under. They can be purchased online at Grebeldance.com/NUTCRACKER2014.html.