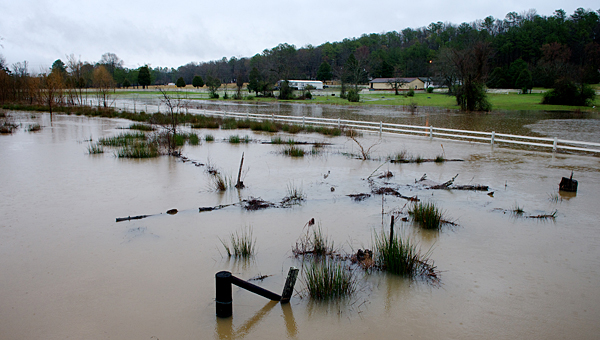 Some areas of Alabaster saw minor flooding during an overnight storm Nov. 16-17, but no major issues were reported. (File)

ALABASTER – Heavy overnight rains caused a few isolated problems, but no widespread issues in Alabaster, according to city officials.

From the afternoon of Nov. 16 through the early morning hours of Nov. 17, a slow-moving storm system dumped nearly 5 inches of rain on Shelby County between 2 p.m. on Nov. 16 and about 6 a.m. on Nov. 17, according to the National Weather Service.

At about 10 a.m. on Nov. 17, Alabaster City Manager George Henry said the city had not received any reports of damage from the storm system.

However, portions of at least three roadways were blocked during and after the storm, according to the Alabaster Police Department.

At about 4 a.m. on Nov. 17, the department reported a portion of Shelby County 87 was under water near Bama Concrete, and reported an officer was on the scene to help with traffic control in the area. The roadway had reopened to traffic at about 8 a.m.

Shortly before 11:30 a.m., the department reported a fallen tree blocking the roadway in the 900 block of Falling Star Lane, and reported the road had reopened to traffic at about 12:10 p.m.