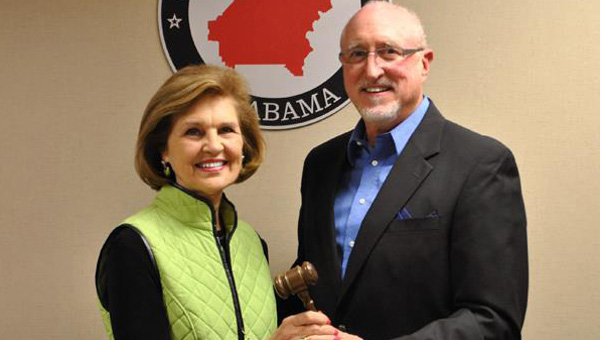 According to a Nov. 13 news release, neither former Chairman Freddy Ard nor former Vice-Chairman Andrew Plaster sought reelection, although both will “remain members of the SCGOP Executive Committee, and look forward to continued involvement with the party.”

Joan Reynolds was elected to serve as chairman for the 2014-2016 term.

“I appreciate the opportunity to serve as the chairman of the Shelby County Republican Party, and look forward to building on the great work that Freddy Ard has already begun,” Reynolds wrote in Nov. 13 release. “I have a lot of ideas to build our party and look forward to putting those in action over the course of my term.”

Reynolds has been a resident of Shelby County for more than 10 years and works at Reynolds Technical. She currently serves as Secretary of the Republican Women of Shelby County, has organized several groups of volunteers assist in elections in other states on behalf of Republican candidates and she served as the chairman of the Butler County GOP. She is married to Paul Reynolds, a national committeeman and Alabama representative to the Republican National Committee.

“I’d like for us to lend a hand to other counties by sending volunteers to assist in campaigning in key races or for key issues that are important to the Republican cause,” Reynolds wrote. “In order for us to be prepared as a county and as a state for the 2016 election cycle, we need to all work together.”

Reynolds also noted the SCGOP will “focus on fundraising not only during the political season, but also between election cycles,” and wrote that she will work to build the party through outreach to gain local-level supporters.

“We are going to increase our outreach efforts and improve our ground game…We’re going to start at the grassroots level, increasing our involvement at the local level to get one-on-one with people and get our message out,” Reynolds wrote. “We want to have a constant flow of information to keep our local voters informed and involved.”

Arc of Shelby County announces growth and new Board of Directors

The Arc of Shelby County announced the newly elected 2015 Board of Directors and discussed growth during a Nov. 13... read more