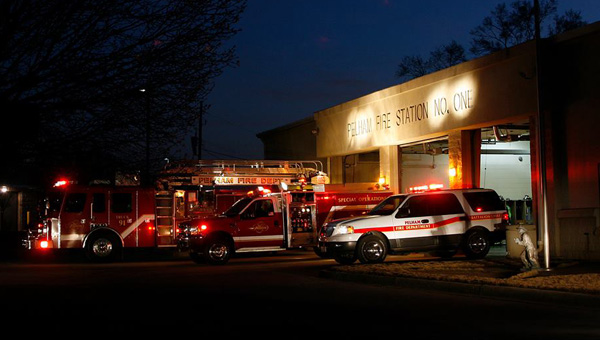 The Pelham Fire Department’s new quint truck has arrived and will be housed at Fire Station No. 1 after equipment installation is finalized. (Contributed)

PELHAM—The Pelham Fire Department has added a new fire truck to its fleet. The new truck is undergoing equipment installation and should be ready for personnel training on Dec. 8, Pelham Fire Chief Danny Ray confirmed.

The truck arrived in Pelham after making the more than 800-mile trip from Appleton, Wis. It is currently being housed at Emergency Equipment Professionals, Inc., while all equipment is tested and installed.

“It’s what’s called a quint truck,” Ray said, noting the truck’s five-function capability. “This one is larger, size-wise, than what we have and the ladder is 25 feet longer than the one we have now.”

The approximately $802,000 truck has a 75-foot aerial ladder and aerial water stream capabilities. It will replace the Fire Department’s current 1995 model truck.

Although it “came off the assembly line” three weeks ago, Ray said a lot needs to be done before the truck can be moved to its permanent home at Fire Station No.1 and put to use.

“It’s not like going and buying a car and driving it off the lot,” Ray said.

All equipment needs to be tested and installed and the firefighters will undergo training sessions to learn about the functions, features and “unique nuances” of the new vehicle, Ray said.

“The manufacturer is actually sending a trainer,” Ray said. “The goal is to have everybody trained.”