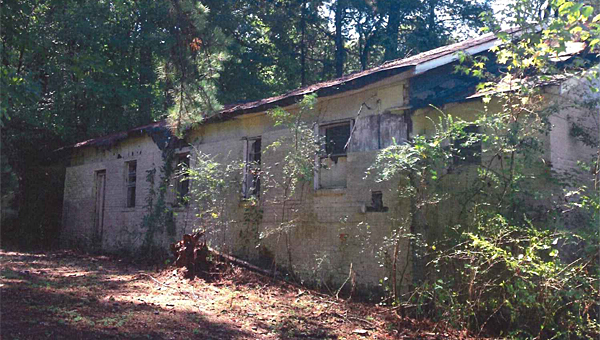 ALABASTER – The city of Alabaster will spend between $4,000 and $6,000 to demolish an abandoned dilapidated church on Simmsville Road after the City Council approved the demolition during a Nov. 24 meeting.

The council voted unanimously during the meeting to move forward with the demolition of the former church, which has been abandoned for more than 20 years, said Ward 1 Councilwoman Sophie Martin.

The property is on the south side of Simmsville Road, and is about half a mile east of U.S. 31.

The property currently is covered by overgrown trees and vegetation, and the brick building’s roof has partially collapsed.

No Alabaster residents spoke for or against tearing down the former church during a public hearing on the matter during the council’s Nov. 24 meeting.

The city is planning to cover the cost of tearing down the building and then attach the figure as a lien against the property.

Alabaster City Attorney Jeff Brumlow previously said if a lien is placed on the property, the city will be reimbursed for the demolition expenses if the property is ever sold.