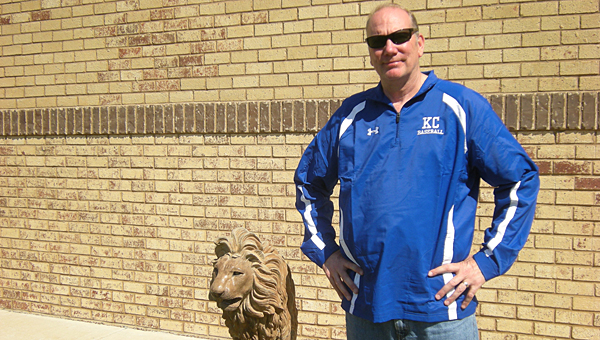 Steve Birmingham, who had been the Lions’ head football coach since March 2013, resigned on Nov. 20 to devote more time to his building contract business “Birmingham and Associates,” according to KCS Education Pastor Benny Cunningham.

“He is still going to be here and plugged into the school. He will serve in some capacity,” Cunningham said. “His original goal was to spend more time with Kingwood than with his business, but he has gotten really busy with his business. He has several major projects going on in two or three different states.”

Birmingham took over as the school’s head varsity football coach after former coach Bob Spurgeon stepped down in 2013.

Birmingham led the Lions to a 9-4 overall record and an appearance in the Alabama Independent School Association playoffs semifinals during the 2013 season. The Lions finished the 2014 season with a 4-6 record.

“He was able to come in and take our program to the next level, so we’re looking for someone to step in and continue that,” KCS Athletic Director Eddie Toles said. “Of course, it’s all about winning championships, but even more than that, it’s about teaching these young men to become men. Steve did a great job of that.”

“He has been a positive influence on many students and players at our school,” Cunningham wrote in an email. “His family is a part of the Kingwood Church family and he will undoubtedly serve in other roles in our school and church.”

On Dec. 1, Toles and Cunningham said the school has already received inquiries from those interested in becoming the school’s next football coach, and said they planned to keep the search open for the next several weeks.

“We’d certainly like to have someone in that role by the end of January so they can come in and get acclimated with the program and the players,” Toles said.

Dickinson: MHS will put the ‘student’ back in ‘student athlete’