Man pleads not guilty to 1990s sexual abuse of a child

COLUMBIANA – A 56-year-old Alabaster man who has been charged with the alleged sexual abuse of a juvenile girl in the 1990s pleaded not guilty to the charge on Dec. 1, and is now scheduled to appear in court in February. 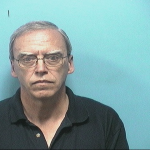 Glen Dwayne Naish, who lists an address in the 900 block of First Avenue West in Alabaster, pleaded not guilty to one felony count of first-degree sexual abuse, according to court documents. He is scheduled to appear in court for a status hearing on Feb. 2, 2015.

The Alabaster Police Department arrested Naish on Nov. 3 and charged him with one felony count of first-degree sexual abuse.

According to Naish’s arrest warrant, he allegedly subjected the victim, who was between 10 and 13 years old at the time, to “sexual contact by forcible compulsion,” between Jan. 1, 1990, and Jan. 1, 1993.

A Shelby County grand jury returned a one-count indictment against Naish during its October session, prompting Alabaster police to arrest him on Nov. 3. He was released from the Shelby County Jail the same day he was arrested after posting a $20,000 bond.

First-degree sexual abuse is a Class C felony. If convicted of the crime, Naish could face up to 10 years in prison.