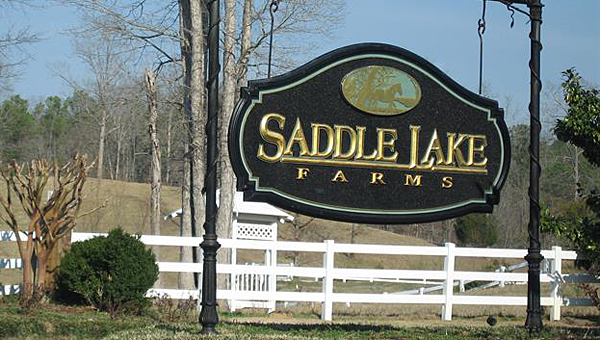 The Alabaster City Council agreed to annex several pieces of property in the northern sector of Saddle Lake Farms during a Nov. 24 meeting. (File)

ALABASTER – Alabaster’s city limits expanded by several pieces of property after the City Council voted during a Nov. 24 meeting.

The council voted during the meeting to annex seven pieces of property in the northern portion of the Saddle Lake Farms subdivision, the rest of which was annexed into the city following a July 29 election by the neighborhood’s residents.

All but one of the seven pieces of property are undeveloped, except for one which includes a house. All the properties annexed during the Nov. 24 meeting are off of Shetland Trail.

Except for the land containing the house, all of the properties annexed during the meeting are owned by the Envirobuild company, which developed Saddle Lake Farms.

“During the first annexation, we were not able to get to these parcels of property,” Alabaster City Council President Scott Brakefield said during the meeting. “This is just going back and adding them.”

If Saddle Lake hadn’t annexed into the city, some students in the neighborhood would have been rezoned for Columbiana schools beginning with the 2014-2015 school year as a result of separation negotiations between the Alabaster and Shelby County school systems.