‘Behold the Lamb of God’ tour coming to Valleydale Church 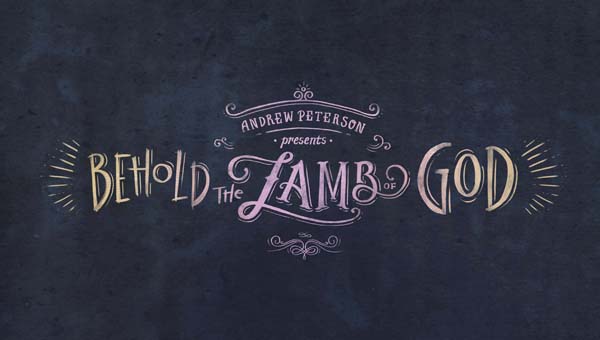 The 15th annual “Behold the Lamb of God” Christmas tour with Andrew Peterson will stop at Valleydale Church on Dec. 14 for a live concert. (Contributed)

HOOVER–Christian singer-songwriter Andrew Peterson and others will lead an audience through the Christmas story with a live music concert at Valleydale Church on Dec. 14.

The concert is among 14 concerts Peterson and other Christian music artists will perform on the 15th annual Behold the Lamb of God Christmas tour this December.

Peterson initially launched the tour in 1999 to present a musical interpretation of the Christmas story and to reinforce the true meaning of the season, according to a press release.

“I can’t believe it’s been 15 years,” Peterson wrote in the release. “Once again, this tour strikes me as a kind of accidental liturgy–when we started I don’t think we realized what a big part of our lives it would become, and now it’s hard to imagine spending December doing anything but singing this story night after night.”

Meredith Watkins, creative arts director at Valleydale Church, said Dec. 14 is the only concert date in Alabama on the Behold the Lamb of God tour schedule this year.

“This is the first year we have hosted it,” Watkins said of the church. “It’s a beautiful night of music.”

The concert features a collection of songs about Jesus, including his birth, death and resurrection.

“It kind of chronicles from the Old Testament to the New Testament the coming of Christ,” said Justin McKay, Valleydale Church’s worship pastor. “It’s a musical, but it also features songwriters as well.”

Watkins said the first half of the concert is Peterson playing with the other singer-songwriters, and the second half is all of the artists playing the songs on Peterson’s album titled “Behold the Lamb of God: The True Tall Tale of the Coming of Christ.”

McKay described the concert as “more reflective than an entertainment kind of thing.”

The concert will start at 7 p.m. in the worship center, and doors open at 6 p.m.

Tickets are $15 and are available online at Valleydale.org/beholdthelamb.

The Thompson soccer boosters are hosting a duck race to raise money for the TMS and THS soccer teams on... read more