COLUMBIANA – A 29-year-old Alabaster man who has been charged with allegedly striking a female victim in the face during a February robbery is undergoing a court-ordered mental evaluation, and is scheduled to appear again in court in January 2015. 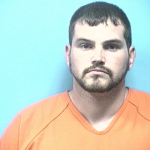 On Oct. 24, Shelby County Circuit Court Judge Dan Reeves ordered Anthony Todd Faison to undergo a mental evaluation by a certified forensic examiner to determine the suspects “mental condition at the time of the alleged offense.”

According to Reeves’ order, Faison has been ruled indigent by the court, and the state will cover the cost of his mental evaluation.

The Shelby County Sheriff’s Office brought Faison into custody on Feb. 18 and charged him with one felony count of third-degree burglary and a misdemeanor count of attempting to elude a law enforcement officer.

After Sheriff’s Office deputies arrested Faison, whose address is listed on in the 100 block of Dogwood Trail in Alabaster, they turned him over to the Calera Police Department, which charged Faison with one felony count of first-degree robbery.

Faison’s charge came after he allegedly robbed a gas station on U.S. 31 in Calera on Feb. 18, during which he allegedly stole an undisclosed amount of U.S. currency and caused “serious physical injury” to a female victim striking her in the face, according to Faison’s arrest warrant.

After the robbery was reported, the Calera Police Department issued a “be on the lookout” notice to surrounding law enforcement agencies with the suspect’s vehicle description.

A short time later, Sheriff’s Office deputies located Faison’s vehicle in Columbiana, where Faison allegedly fled from his vehicle and entered a residence, garnering the burglary and attempt to elude charges.

Faison has remained in the Shelby County Jail on bonds totaling $75,500 since his February arrest, and is scheduled to appear in court again on Jan. 5, 2015. First-degree robbery is a Class A felony, and is punishable by up to life in prison upon conviction.