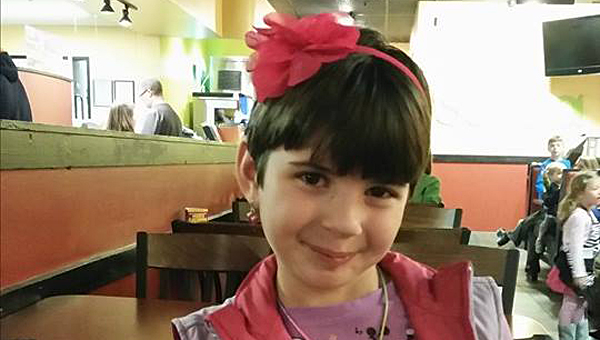 Chubb’s Grub Station in Alabaster is hosting a pair of fundraisers for 8-year-old Kaitlyn Weaver. (Contributed)

ALABASTER – The past two-and-a-half years have been “very rough” for 8-year-old Kaitlyn Weaver and her family, but an Alabaster restaurant is looking to help the family cope with its flood of medical bills.

Weaver, who is a student at Creek View Elementary, is facing multiple disorders including juvenile rheumatoid arthritis, hemophilia, which prevents her blood from clotting correctly, and Ehlers-Danlos syndrome, an autoimmune disorder causing her blood vessels to become damaged easily.

“It’s the worst possible combination,” said Weaver’s mother, Michelle, noting Kaitlyn has been battling a chronic ear infection for the past year. “It causes swelling and bleeding, and it won’t heal correctly. The chronic stuff has been non-stop for the past two-and-a-half years.”

As a result of her multiple disorders, Kaitlyn has undergone six surgeries in the past two years, and the medical bills are beginning to pile up for the family. Michelle Weaver said changes to the family’s medical insurance plan have caused their out-of-pocket expenses to rise.

“We have excellent insurance, but we keep getting slammed by the Affordable Health Care Act,” Michelle Weaver said. “We are drowning in medical bills.”

A few weeks ago, Will Cholewenski, the owner of Alabaster’s Chubb’s Grub Station restaurant, heard of the Weavers’ plight, and reached out to the family to help.

“Will called me out of the blue one day and said ‘We want to help your family,’” Michelle Weaver said. “It was very touching to hear him say that.”

Chubb’s, which is at 401 First St. SW in Alabaster, will host two fundraiser nights for the Weaver family over the next few weeks. The first fundraiser will be on Tuesday, Dec. 9, and the second will be held on Monday, Dec. 15.

On both nights, Chubb’s will donate a portion of all sales from 5-8 p.m. to the Weaver family to help cover Kaitlyn’s medical expenses.

“We have had great support from the community, Children’s Hospital, our church, our family and friends and God,” Michelle Weaver said. “Kaitlyn is such a strong little girl.”