NORTH SHELBY – At age 19, Myrah Taylor’s charitable endeavors are more numerous than many adults’, and she isn’t stopping now. 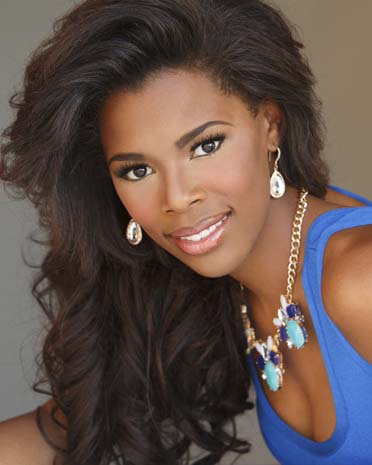 Currently, the University of South Alabama freshman is majoring in Speech and Hearing Science with a minor in Spanish.

Receiving a scholarship in dance, she is a member of the USA Prowlers dance team.

In 2010, she embarked on her first missions trip to Nicaragua.

This fall, Taylor returned to Cedro Galen, Nicaragua, and in addition to serving in the children’s ministry and construction, she translated her previously published brochure “Neglected and Abused Children” into a Spanish version and shared it during a teacher workshop.

“I believe that students are perfectly positioned to recognize and report abuse,” Taylor said.

She received the Girl Scout Gold Service Award in 2011 as she organized and implemented a paper recycling program at her high school and secured her first community grant for $500 to place a small recycling bin in each classroom.

Under the leadership of Dr. Donna Strong, Taylor expanded the program into a complete (paper, plastic and aluminum) sustainable program when she wrote and received two additional grants totaling $3,500.

She received the Presidential Service and Duke of Edinburg Award.

Taylor’s personal platform is advocating for neglected and abused children both at home and abroad.

Taylor organized a Blue Ribbon fundraiser that raised over $1,500 for

Owen’s House, which supports the children of Shelby County under the direction of Cindy Greer.

Taichi Fans of Birmingham perform a Chinese Taichi Kungfu Fan Dance for an audience at Altec Inc. in Inverness on... read more