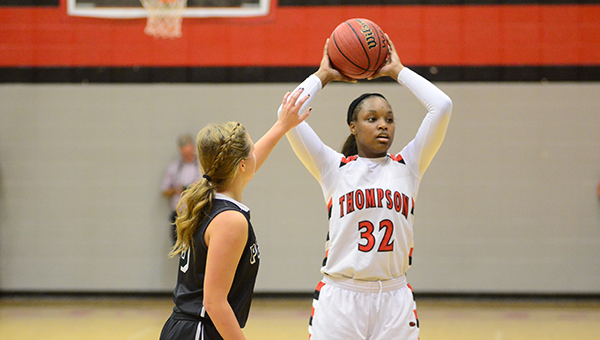 ALABASTER–The Thompson Lady Warriors were never challenged as the Lady Warriors throttled the Pelham Lady Panthers 52-18 in a rivalry game on Friday, Dec. 5.

The Lady Panthers couldn’t find the bottom of the net, as their first points of the game didn’t come until 45 seconds left in the first quarter when Rebecca Foushee hit a two-pointer to break the drought.

The Lady Warriors led 14-2 at the end of the first quarter and shot the ball much better than Pelham on their home floor.

The scoring troubles continued for Pelham in the second quarter as the Lady Panthers only managed to score six first half points and trailed 26-6 at halftime.

The second half was the same story as Pelham struggled offensively and were outrebounded the whole game by the Lady Warriors.

Bivins hit a shot at the buzzer as the third quarter expired and Thompson led 45-12 going into the final quarter.

The margin was too much to overcome as Thompson defeated Pelham 52-18.

The Lady Warriors will now move on to face Jefferson Davis on Dec. 11, while the Lady Panthers will take on Spain Park on Dec. 9.