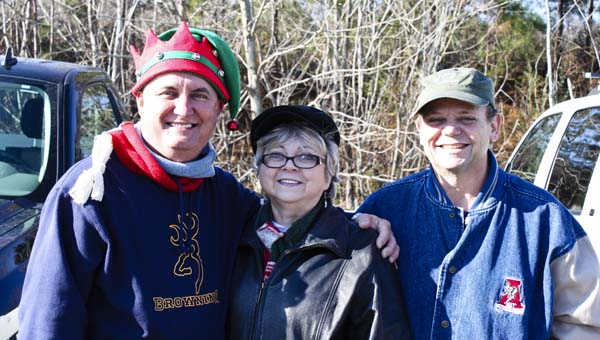 CHELSEA – Chelsea residents of all ages are invited to attend the city’s 15th annual Christmas parade Dec. 20 at 10 a.m.

The parade will feature professional floats, amateur floats and motorized entrants and will start at Chelsea Intermediate School and end at Winn-Dixie.

In the event of inclement weather, refer to the city’s website for parade updates.

The city’s Christmas Village featuring food, arts and crafts vendors, will be held in conjunction with the parade.

The annual “Santa Stop,” sponsored by Chelsea Fire and Rescue, will follow the parade and village, at 1 p.m.

Santa will ride atop two fire trucks that will complete routes throughout the city with scheduled stops at specified locations.

“We pass just about every house in the city,” Chelsea Fire and Rescue Capt. Mark Rikard said. “Our coverage area is about 50 square miles.”

Rikard said the event, which has been held for nearly 15 years, is intended to boost the department’s public relations in the community, and every year, the number of people at stops along the route increase.

For safety purposes, Rikard urged parade-goers not to approach the fire trucks until they come to a complete stop.

By MOLLY DAVIDSON / Staff Writer INDIAN SPRINGS—High school juniors and seniors across the country are preparing to take the... read more