THS partnering with town in Honduras 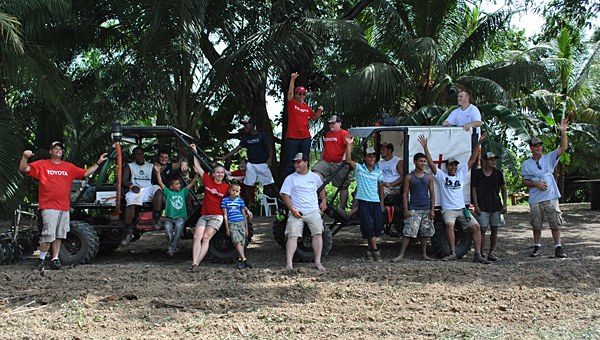 ALABASTER – In about a year-and-a-half, groups of students from Thompson High School could be helping their peers in Honduras have a better life, after the Alabaster Board of Education approved a sister school proposal during a Dec. 8 meeting.

The School Board voted unanimously during the meeting to approve the agreement, which was brought to the board by THS engineering teacher Brian Copes. Through the program, Copes will travel to Jutiapa, Honduras, before the end of the 2014-2015 school year to assess the town’s needs before bringing the information back to Alabaster.

Copes said classes at THS will then examine Jutiapa’s needs and determine ways they can help before organizing a lengthy trip to the country “In about a year-and-a-half.”

“That trip will probably include some health sciences students, some IT students and some science students,” Copes said during an interview after the meeting.

Copes is no stranger to helping those in need in Honduras. In 2012, he escorted 10 Calera High School students to Jutiapa, during which the students fit 14 amputees with prosthetic legs made from recycled car parts and taught the residents to build basic utility vehicles from a kit.

“During that trip, Jutiapa graduated their first high school student in the history of the town,” Copes told School Board members. “They had to bus to a bigger town for school, and many of them couldn’t afford it. Most people there make $2.50 a day, if they’re lucky.”

Alabaster School Superintendent Dr. Wayne Vickers and School Board members praised the partnership, and said Alabaster students will benefit from being exposed to another culture and helping to create a better life in another part of the world.