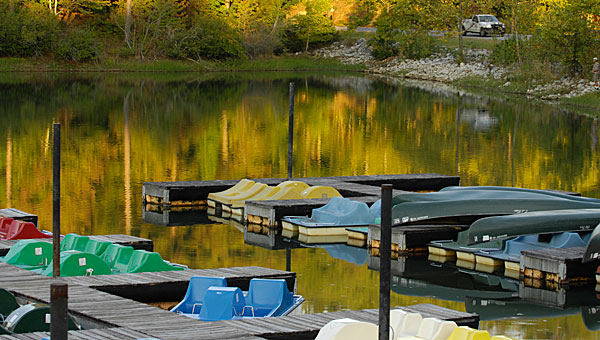 Concern about a hotel or lodge and conference center was voiced during during a Dec. 8 Oak Mountain State Park open house meeting. (File)

PELHAM—More than 70 people gathered at the County Services building on Dec. 8 to attend an open house and air concerns regarding the Oak Mountain State Park master planning process.

The Dec. 8 meeting was the last in a series of public meetings and presentations about the master plan for the future of the 10,000-acre park.

The park’s master plan is being updated through a partnership with the Alabama Department of Conservation and Natural Resources, Shelby County and the city of Pelham.

The public is encouraged to participate in the process by providing feedback and responding to an online survey, available at Planomsp.DiscoverShelby.com.

“As of today (Dec. 8), we have 1,400 responses,” Shelby County Planning Services Supervisor Christie Pannell-Hester said. “We want to see that number increase.”

Although intended to be an informational meeting regarding the master planning process, discussion during the Dec. 8 meeting turned to plans for a potential hotel or lodge and conference center.

Meeting attendees voiced concern that a hotel and conference center could change the character of the park, increase traffic and potentially have a negative environmental impact on the park.

City of Pelham, Shelby County and state officials all confirmed there are currently no plans to build a hotel or lodge and conference center, although a feasibility study is underway.

Shelby County Chief Development Officer Chad Scroggins explained an environmental impact study for a hotel or lodge and conference center could not be done until the feasibility study is completed.

“You can’t do an impact study until you know what you can put on the ground first,” Scroggins said.

Shelby County Manager Alex Dudchock confirmed he would make the feasibility study available to the public as soon as it was approved by the state and estimated it would be complete before the close of the online survey.

“My goal is this: To get state approval and post it immediately,” Dudchock said. “It will be put out by the end of the survey, and if not, we’ll see if we can extend the survey.”

Sharp shooting behind the arch leads Thompson to victory